The First Wristwatch Ever Made

In modern times, wristwatches are one of the most functional and stylish accessories that one can sport. They allow you to showcase your individual style, personality, and character by adding a subtle yet charming touch of elegance to your appearance.

But, amazing as they are - where did wristwatches actually come from?

The Origins Of The Wristwatch

While the history behind the very first wristwatch ever made is disputed, we know for sure that there were two famous examples that came well before wristwatches started being produced en-masse around the mid-nineteenth century. The very first of which was an "arm watch" that Queen Elizabeth I received as a gift from Robert Dudley, Earl of Leicester, in 1571. This spring-driven watch revolutionized horology as it started the chain reaction of miniaturization that led to the birth of the wristwatch as we know it today.

At the time, watches carried a mostly aesthetic purpose, and by the 1800s, every watchmaker was competing in a race to create the most intricate portable watch. And as new records were set, others quickly joined the race to top them.

By the early 1800s, wristwatches were en vogue as a fashionable women's accessory. In fact, they were so popular that in 1810, the Queen of Naples commissioned Breguet to make a wristwatch for her. This was soon followed in 1868 with the Countess Koscowicz commissioning Patek Philippe for a similar accessory. And by the late 1800s, watches saw a mass adoption ranging from purely practical use-cases to entirely aesthetic sentiment. The Practical Evolution of Men's Wristwatches

Why is this, you may ask?

The wristwatches of the time were primarily miniaturized versions of a spring-driven clock. And outside of practical challenges relating to the accuracy of such a device, working men would have to deal with the constant risk of damaging the watch as they were quite prone to shock, dust contamination and moisture. At the time, men would often sport pocket watches that were far bigger, relied on mechanical technology, and were encased in a sturdy protective body that allowed them to mitigate any such concerns.

However, during World War 1 - the accuracy of a soldier's watch came to be one of the deciding factors behind many a battle, and as such, it became an appreciated benefit across a wide array of other industries outside of warfare. In turn, this led to a renewed interest in making portable watches geared at the male populous.

By the time of World War 2, the era of pocket watches was over, and wristwatches eclipsed their larger and clunkier cousins entirely.

From Classic to Modern Classic

Watchmakers ventured to overcome the plethora of technical and social obstacles, doing away with which gradually helped the wristwatch evolve from a fashionable upper-class ladies accessory into the essential staple of every man's and woman's wardrobe that it is today.

However, many of the elements that defined the very first classic wrist-worn watch have lived on in modern variants. From the slim, low-profile polished cases to the leather and metal bracelets you'll find among our collection of classic watches - you can see the timeless elegance of our favorite accessories that thrive in modern times. 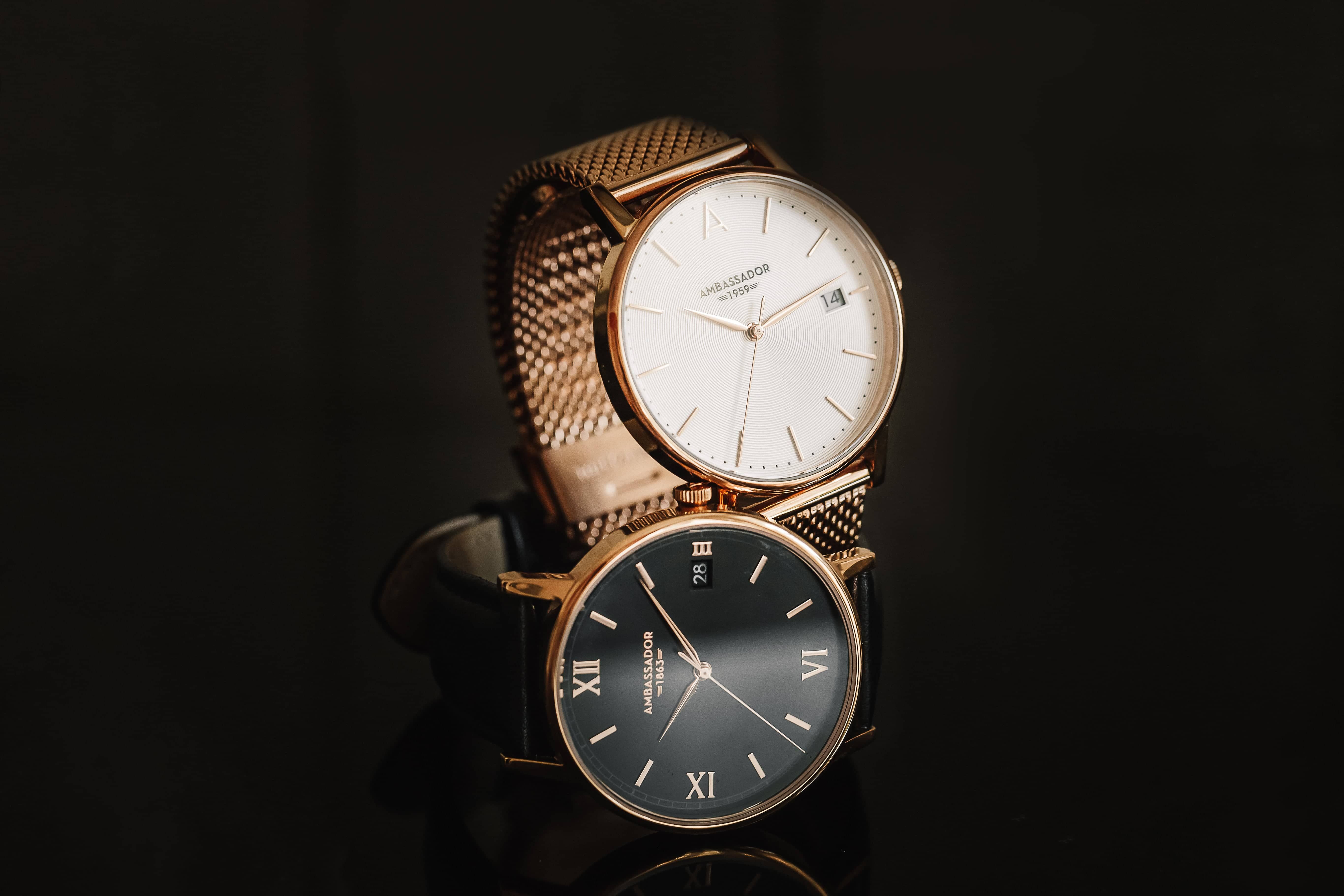 And with the practical purpose being once again overshadowed by the rapidly progressing availability of portable technologies like the smartphone - modern wristwatches continue to live on as one of the fundamentally fashionable accessories that shape and complete one's overall appearance.